COME TO WINTER OPEN HOUSE ON SATURDAY FEB. 11 10 to noon 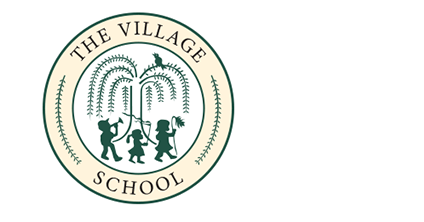 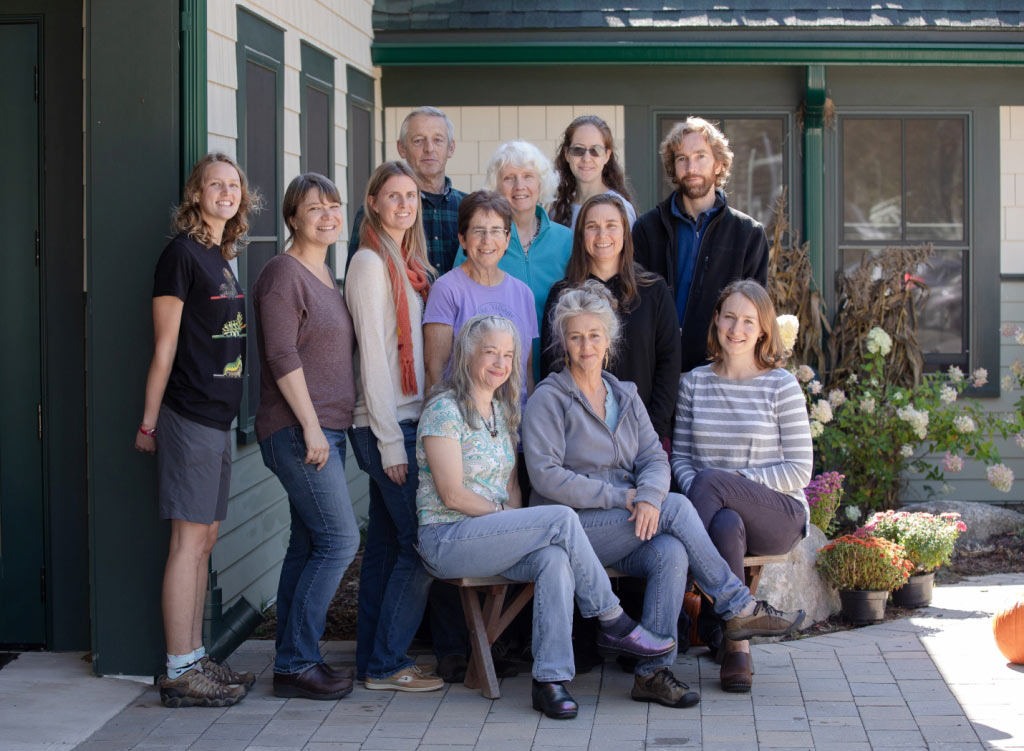 Rise grew up in Chicago, graduating with a B.A. in Sociology from the University of Illinois.  After living in Israel for a year, and a year in England studying with J. G. Bennett, she settled in Massachusetts.  In the 1980’s, Rise was part of a group of local parents that began looking at education, and serving the needs of both their own children, and the children in this area.  They formed the Village School in 1989, and it has been a labor of love since.  Rise and her husband John have a small farm, with maple sugaring, sheep, hay fields, pastures, woods and gardens.  When not at the school, you can find her in the summer blissfully weeding in the garden, and in the winter, cross country skiing through the woods.  Rise has three grown children, the youngest of whom was lucky enough to be the first Village School graduate.

Wendy spent her childhood in Connecticut and California and her adult life in Massachusetts.  Her parents were both teachers and Wendy followed in their footsteps and began teaching in 1981.  She has worked at the Village School since 1999.  Her two children attended and loved the Village School- in fact her daughter was the Village School’s first (and only) Kindergartener when the Village School decided to expand from a preschool.  Until recently, she and her family have lived at the Farm School, which was founded by her husband, Ben.  In addition to working at the Village School, she teaches English at the Chicken Coop School and co-teaches a teacher training course at the Shady Hill School in Cambridge. She also serves on the Village School Board of Directors. Once the snow melts, you’ll find her in her garden.

Sofie grew up in Lexington, MA and moved out to the North Quabbin area to pursue her love of farming. A degree in Early Childhood Education from Mount Wachusett Community College led her to The Village School as a practicum student and it was love at first sight! Sofie is settled in Royalston with her husband, toddler Jesse and daughter Delaney, who is part of preschool daily life.

Leanne grew up nearby, in the Pioneer Valley. After experience in day care and early childhood education, Leanne joined the Village School over 15 years ago. Both parents and children who have gone through the Preschool are grateful for the lifelong skills in conflict resolution, and communication with children, that they have learned from Leanne. Leanne loves cooking and gardening with children. Her two children, Dylan and Lindsey, are both graduates of the Village School.

Brooke (she/her) grew up in the mountains in Utah and loves all the seasons. She’s trained as an elementary educator, a nurse-midwife, and sexuality educator. She currently facilitates story hour at the Royalston library and has fulfilled her dream of driving a bookmobile by bringing books back and forth to The Village School.

Martin grew up in a village in the southeast of England. After graduating from college, he traveled around the world and discovered the vocation of teaching. He returned to the U.K. to study a Post Graduate Certificate in Education then began teaching in central London where he taught for six years. Seeking a rural community life he moved to Royalston in 2007 to teach at the Village School. He is married with a young child. He especially enjoys reading and telling traditional folk tales and hiking around the local area with his class.

Lily grew up in the North Quabbin Region (Athol). She is a proud Mother of three children. She has a broad range of experience with children from preschool to preteen, with a special focus in Kindergarten.  She loves traveling, live music, yoga, camping and spending time with family.

Myra grew up in a small Massachusetts town where she learned to look closely, listen carefully, and breathe deeply to find the quiet magic of the natural world. A lifelong interest in the arts brought her to the Maine College of Art, where she earned a BFA in painting. In Maine, Myra was an arts educator for the ICA at MECA, teaching children at local schools all about contemporary art and finding a million uses for recycled materials. She received her M.Ed. in Elementary Education from Antioch University New England, focusing on placed-based and integrated learning. Myra lives in Orange with her husband and son, who both ensure that every day is full of exploration and adventure.

On maternity leave this fall, Sonya grew up in Hubbardston and moved to Phillipston with her husband in 2016. She earned a B.A. degree in Early Childhood Education from Fitchburg State University. Sonya was a preschool teacher for 8 years and a parent educator and playgroup facilitator for 6 years. She has worked as a developmental specialist for early intervention and for Harvard University on a child development study. Sonya began working part time at the Village School as the office manager in 2017 but left to join AmeriCorps with her husband to serve with Habitat for Humanity on the Big Island of Hawaii. During this time, she helped rebuild the island from the devastating eruption of Kilauea Volcano, learned about the cultures and traditions of Hawaii, while embarking on the never-ending journey of self-discovery. Sonya was a foster mom for two years and now spends her spare time working on her house, practicing yoga and writing.

Ellee Newton has a child in 1st grade at the school and a two year old. She and her husband are lifelong Royalston residents.  Ellee has a bachelors in psychology and teacher certification. She and her family spend a lot of time outdoors enjoying nature.

Shannon was born in Worcester, Massachusetts and lived there for 30 years.  She attended Middlebury College and Clark University.  She graduated from Clark with a degree in teaching and a degree in English.  She taught in Worcester for five years and also coached field hockey and softball.  She spent five years at home with her children before joining the Village School as the 2nd-3rd grade teacher in 2008.  Shannon and her husband Rich are the parents of two Village School graduates.  Shannon enjoys spending time with her family, reading, gardening and hiking.

George was born in London, England, and grew up in a spiritual community of fifty people. He studied history at university and took a master’s degree in American history and politics. George spent seven years as an international truck driver, driving from England across Europe and the Middle East, before becoming a journalist and editor of magazines written for the truck and transport industry. In 1990 he set up his own company to buy the magazines he worked on, and sold the business seven years later. After twenty years as a journalist, editor and publisher, George trained as a teacher at London University in 2000. He worked in a London public school for two years before joining the Village School in 2003. George is married to Ana – a U.K. trained osteopath – and has two adult children, both Village School grads, as well as three older ‘children’ living in England and Sydney, Australia. He has six grandchildren, and wishes they were at the Village School. George likes to travel as often as he can, and always with a book in his pocket.

Kayla moved to Massachusetts in 2019 following her recent marriage. She graduated from Kent State University in Ohio in 2012 with a focus in math and language arts education for students ages 8-13. She gained experience in all ages and subjects through substitute teaching in public and private schools in Pennsylvania. When not teaching, Kayla in enjoys playing piano, baking, gardening, hiking trails, reading, sewing and creative interior home repairs. At the Village School, she loves to see children make lightbulb connections between math ideas and work hard to solve problems in their own way.

Marissa joins the Village School after six years of science teaching adventures with Nature’s Classroom, where she led environmental education programs for students in every New England state. She has a Bachelor’s in Biology from William Smith College in Geneva, NY.  She enjoys paddling and ski trips in her time off.  This fall her 6 month old daughter, Hazel, can often be found in the Village School office too.

Lynn was raised in New Hampshire, has been a Royalston resident for the past 20 years and a part of the school since 2003. Her daughter is a Village School grad and is now in college. Lynn loves the natural world and its never-ending magic. She enjoys creative endeavors that involve playing with color, especially as a life-long animal fiber artist, with a knitting focus. At home she loves to create soup and sometimes remembers to write the ingredients down! Lynn’s motto is “ancora imparo” (I am still learning), and discovering what she wants to do when she grows up. Because of this, she believes the Village School is a perfect match.

Katrina has a degree in microbiology. Her three children are Village School alums. Katrina loves teaching preschool, kindergarten and 1st-2nd grade science, focusing on hands-on observations and immersion in nature.

Loren brings her longtime Iyengar yoga training to children. Starting with animal poses for preschoolers and moving on to work with attention with the older children, the children learn to listen and get in tune with their bodies. Loren is a life-long creative artist and loves working in clay and other mediums with children.  Loren has three children, the eldest is a Village School graduate, the other two are current students at the Village School.

Emily lives in New Salem and has two young fun and outdoing girls.  Emily aims to foster a passion for music within her students, and create an environment where her students feel comfortable and excited about learning.  Emily plays guitar and sings too.

Contact us to speak with the director & set up a tour.

I tell anyone who will listen that our decision to commit to The Village School that day was the best thing we’ve ever done as parents.”

Have a Question for Us? 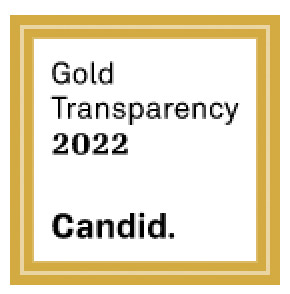 The Village School has earned the Guidestar Gold Seal of Transparency!

Get a taste of the school and find out about openings for next year. 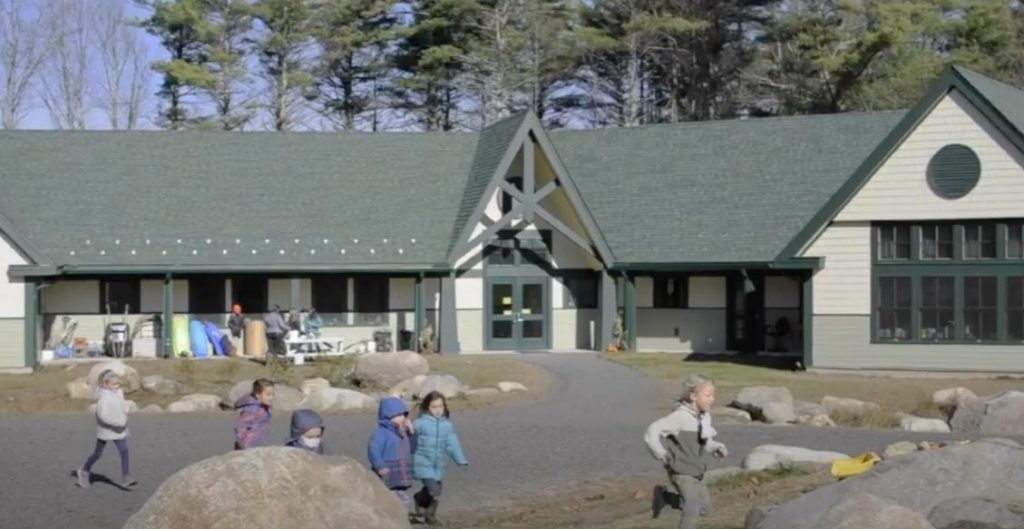